A downloadable experimental thing for Windows

This is what I've been working on in my spare time. After two years of making games for school (both high-level "game design" scripting and low-level C++ engine programming), I decided to, as an experiment, just really try and nail an aesthetic. I was helping a friend make a thing in Game Maker and I drew all the example sprites using only black and white pixels. The look really stuck with me, and thus Rain Game, a game with only three (for now) colors was born.

Rain Game is, right now, a brief mood piece where you can interact with three objects (two of which are the same!), and go from the "outside the bar" area to the "inside of the bar" area (but not the other way around!). I have no idea what is going on with the story. I just wrote a few Max Payne-sounding lines to fit the mood, and that's about it.

Despite this, I really, really like what I have so far, and will definitely keep hacking away at it over time.

The aesthetic rules of Rain Game so far are:

Rain Game is made in Game Maker for now, but I might port the whole thing over to Unity or something, now that I'm actually learning how to use Unity. (Unity is okay.) .

UPDATE: I've now made my own scripting language parser thing in Game Maker (obviously called RainScript), so scripting now looks like this instead. Pretty cool! Still don't know where this game should go, though. 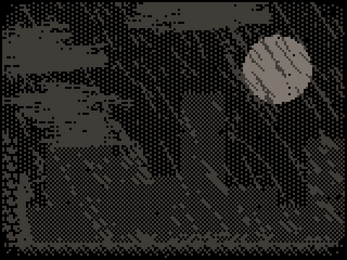 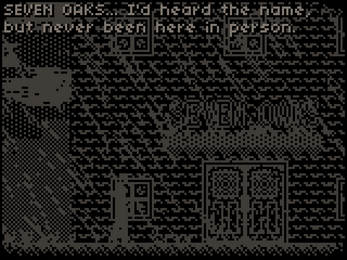 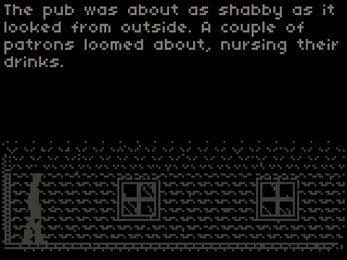 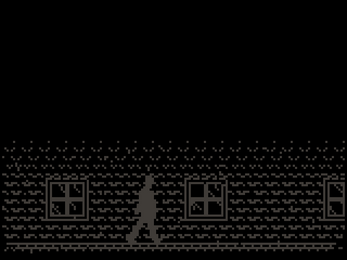